Posted by EMS Elite Music Studios at 10:31 AM No comments:

The Man of a Thousand Voices 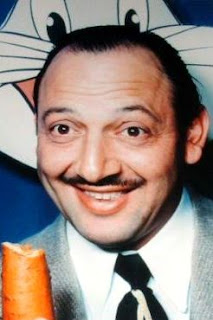 Melvin Jerome "Mel" Blanc is regarded as one of the most influential people in the voice-acting industry. He was an American voice actor and comedian, best remembered for his work with Warner Bros as the voice of Bugs Bunny, Daffy Duck, Porky Pig, Woody Woodpecker, Speedy Gonzales, Tom and Jerry and hundreds of others.

Blanc was the first person to play Toucan Sam in Froot Loops commercials, using a slightly cartoonist version of his natural voice.

Blanc is regarded as one of, if not the, most prolific voice actor in the history of the industry.

He was the first voice actor to get credit in the ending credits and ushered in a new era for voice actors, where they were regarded as a significant part of the creative process, rather than easy-to-replace finishing touches.

Many episodes of the short-lived The Mel Blanc Show are now available on YouTube
Posted by EMS Elite Music Studios at 8:47 AM No comments: