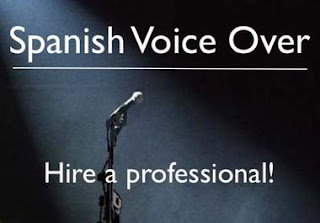 Use Spanish VO for an advertising campaigns. Spanish VO talents can reach this growing market

Posted by EMS Elite Music Studios at 8:16 AM No comments: 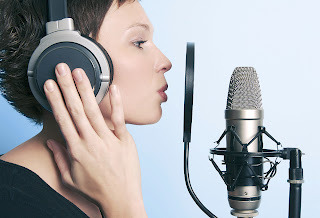 Posted by EMS Elite Music Studios at 7:25 AM No comments:

The Art of Foley

A Foley artist recreates sound effects for film, TV and radio productions using different kinds of shoes and lots of props (plates, glasses, chairs). They work under the direction of a Sound Editor and often use their own extensive collection of small props. They are the unseen actors who reproduce sounds, required when the original track is either unusable or completely replaced as in the case of foreign versions.
Foley generally consists of three elements:
Clothing Moves: The Moves Track is a layer of sound that recreates the clothing rustle of actors as they walk, run and move. It sounds like a smooth but distinct white noise that allows the mixer a base coat of sound. It allows the artist to create a “sound design” for the characters and sets the overall tone of the Foley Track.
Footsteps: A Foley artist is sometimes called a 'Foley Walker' because one of the most important elements we provide is the sound of the footsteps. Feet are very difficult to perform. It takes a lot of practice to get the exact feeling and timing while standing stationary - you can' t walk across the room because the microphone needs to be fixed and besides.
Specifics: These are the real fun in Foley. They allow you to paint with sound, recreating the actual movements in an enhanced way.
·       Corn Starch in a leather pouch makes the sound of snow crunch.
·       A pair of gloves sounds like bird wing flaps.
·       A heavy staple gun and or other metal parts make can make a good gun sound.
·       Cellophane can make the sound of crackling fire (the effects editor should do the fire but in a pinch it does work).
·       A heavy rolled and taped up telephone book makes a good 'body punching' surface
Without these crucial background noises, movies, TV series, radio productions, etc. feel unnaturally quiet and uncomfortable.
… If your big productions required a very specific sound effect, at Elite Music Studios, we have one of the greatest Foley artist and sound engineer to give live to your creativity.
Posted by EMS Elite Music Studios at 9:41 AM No comments: 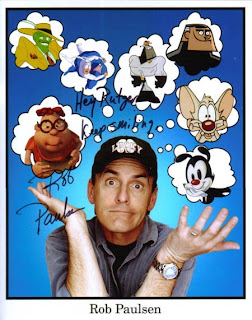 Rob Paulsen, one of the most prolific cartoon voice over artists in North America, is offering VO coaching.
Best known as the voice behind Raphael from the 1987 cartoon of Teenage Mutant Ninja Turtles, this VO actor announced that, for the first time, is providing private coaching via Skype, by phone or in person in LA, and he will be hosting voice over events across the US.
The chance to learn from Paulsen has been in the hearts and minds of aspiring voice actors for generations as they’ve listened to him give life to a huge of iconic characters such as Pinky and Dr. Scratch ‘n’ Sniff from The Animaniacs, Pinky from Pinky and the Brain, Arthur in “The Tick,” Carl Wheezer from “Jimmy Neutron, Boy Genius,” Jack Fenton in “Danny Phantom,” among others.
Whether your goal is to enhance your abilities and knowledge in this competitive business of Voice-Overs Pualsen is knocking and you should answer the door!
To know more visit his web page www.robpaulsenlive.com
And his podcast Talkin Toon
Posted by EMS Elite Music Studios at 6:29 AM No comments: 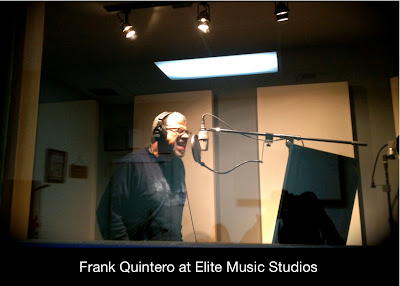 Posted by EMS Elite Music Studios at 11:17 AM No comments: 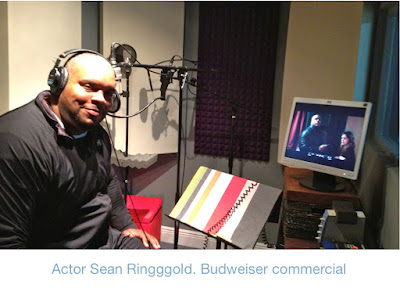 Posted by EMS Elite Music Studios at 7:35 AM No comments:

Cuba Gooding Jr, from The Bronx, New York, born on 1968.  He is an American actor, best known for his Academy Award-winning portrayal of Rod Tidwell in 1996 film Jerry Maguire.
Voice-overs
Starring roles: Home on the range 2004 “Buck”
The land before time XIII: The Wisdom of Friends 2007 “Angelique

Taye Diggs , born on 1971. He is an American theatre, film and television actor. He is perhaps best known for his roles in the Broadway musical Rent, and the television series Private Practice.
Voice-overs
Historical Panther 2
The Superhero Squad Show: Black Panther

Paz Vega born on1976. She is a Spanish actress. The 2001 film Sex and Lucia brought the actress to the attention of a larger audience. She then became much better known in the United States after appearing in a supporting role in the 2004 film Spanglish opposite Adam Sandler.
Voice-overs
Wanted: Weapons of Fate “Araña” video game