The Croods is a 2013  3D  computer- animated film produced by DreamWorks.  It features the voices of Nicolas Cage, Emma Stone, and Ryan Reynolds, among others. It was written and directed by Kirk DeMicco (Space Chimps) and Chris Sanders (How to Train Your Dragon).

Nicolas Cage gets animated in the voice booth for the new family friendly adventure; Cage plays the father of a cave family forced to leave their home and head out on an incredible journey into the unknown. For their tale DeMicco  and Sanders  chased actor around the world for roughly three years to record his voice as Crood paterfamilias Grug.

Is interesting to know how the voice work is recorded. In most animated films the characters’ voices are recorded first, this gives the actors much more freedom to do what they want with the character voices rather than being restricted by the animation.

This way can use the sound file and precisely match the animation to it, capture the actor's performance in the animated character. Also, animators usually look at video of the voice actors recording their lines and use certain mannerisms, facial expressions etc, in the animation of those characters. Essentially, it isn't just about doing the voices but also becoming part of the animated character. By the time the actor is performing, they have the storyboards worked out so that there is some sort of visual guide for everyone.

The film made $63.3 million internationally, including $16 million from overseas previews the weekend before for a worldwide  of $108 million. Most critics enjoyed the film, although a few reviewers groused that it failed to achieve the emotional high points of classic children's movies like "Toy Story" and "Up."

Posted by EMS Elite Music Studios at 6:55 PM No comments:

Voices.com released a mobile app for BlackBerry 10 users. The company connects businesses with voice actors around the world, making it easier than ever before to find the perfect voice on time and within budget. 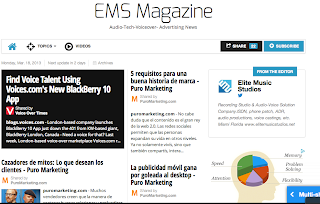 Posted by EMS Elite Music Studios at 9:22 AM No comments: 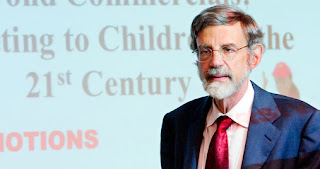 Last week we had a great live interview with Professor Richard Daynard aired on Radio Boston,  hosted by Meghna Chakrabarti and Anthony Brooks.

Professor Daynard is at the forefront of an international movement to establish the legal responsibility of the tobacco industry for tobacco-induced death, disease and disability. He is president of the law school's Public Health Advocacy Institute and chair of its Tobacco Products Liability Project. He has been the principal investigator in grants and contracts from the National Cancer Institute, the Massachusetts Department of Public Health, the American Legacy Foundation and the Robert Wood Johnson Foundation.

Posted by EMS Elite Music Studios at 6:08 AM No comments: