The Growing Popularity Of Audio Books, an art-form adaptable to new technology 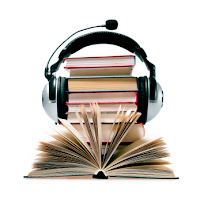 With the arrival of the Internet, broadband technologies, new compressed audio formats and portable media players, the popularity of audio books has increased significantly.

Due to the growing acceptance, people involved in this business are becoming more powerful. There is a huge demand for them, especially now that people use portable audio equipment on a regular basis. People can find audio books online,  download from  iTunes Audiobooks, libraries who offers audiobooks for free, and some other who like to buy audiobooks CD format.

Over the time, figures show released that downloads have greatly increased this market, a format that first achieved popularity with the invention of the cassette and extended beyond childhood the experience of being read to.

Producing audio books consist of a narrator sitting in a recording booth reading the text, while a studio engineer and a director record and direct the performance. Audiobooks are distributed on  CDs, MP3 CDs, and downloadable digital formats.

The advent of the Internet has introduced powerful means of delivery, many titles are now available on-line for download on to computers, tablets, and phones, or one may listen to website audio streams without having to download anything.

They are considered a valuable learning tool because of their format. Unlike traditional ones or a video program, people can learn from an audiobook while doing other tasks, although it should be noted that this can detract from the primary task, assuming the learning is not the main activity. The most popular general use by adults is when driving an automobile or traveling with public transport, as an alternative to radio. Many people listen as well just to relax or as they drift off into sleep.


If your  production required to record audio books, at Elite Music Studios, we have the greatest voices in English, Spanish, Italian, German, among other languages to give live to your creativity.

Posted by EMS Elite Music Studios at 7:37 AM